Spring is here at last !

After what seems like the longest Winter I can remember, Spring has finally arrived. Last Friday 26th of April, I had a short afternoon session, on the match lake at Orchards Farm Fishery in Hampshire. The weather looked changeable, but I took a chance and left my waterproofs in the car, big mistake. My wife dropped me off at the lakes, and went shopping with the car. Before I had a chance to set up a rod, the heavens opened up, not only rain but a hail storm covered me and the gear with ice. Not the best start to an afternoons fishing at one of my favourite places on the South Coast. Fortunately the fishing was better than the weather, half a dozen small Barbel and three Carp around the 3lb mark. That put a smile on my face, but not for long. My Wife was 45 minutes late in picking me up, by which time the rain had returned and soaked me again. Next time we only have one car between us, she will be getting a bus to the shops. I indulge her needs most of the time, but I have my limits !

Another day another trip to reconnoitre the River Gade 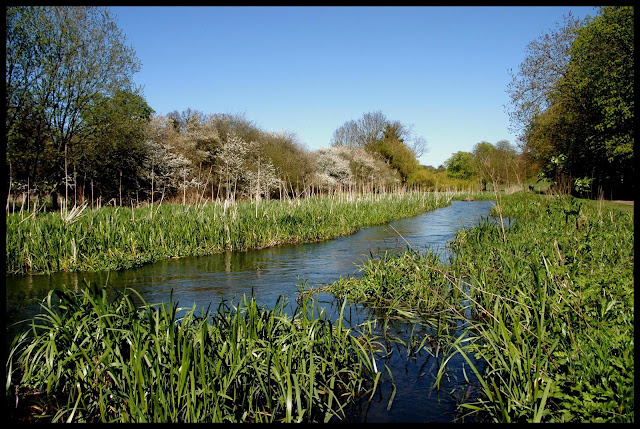 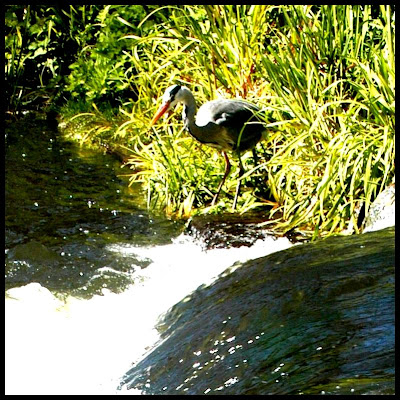 A Grey Heron hunts for fish on the Gade
Posted by Unknown at 18:37 2 comments: